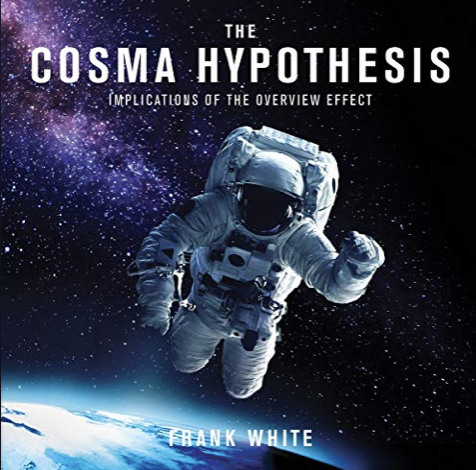 If there is one concept that for the last two and a half millennia was of great importance to the self-consciousness of humanity, it has been that of “cosmos.” The word originally had a military meaning and indicated obedience within the military hierarchy. Greek philosophers around 500 BC adopted the word to express the belief that there is order in ... the cosmos. In other words, the universe is not chaotic and obeys an order that is accessible to the human mind. For hundreds of years, Greek antiquity had been under the spell of the Homeric gods. The realization that reality was not determined by their chaotic whims and feuds, but by order, marked a turning point of colossal import.

There is a straight line from the cosmos concept of the philosophers in the schools of Pythagoras, Plato, and Aristotle to the scientific revolution of Bacon and Descartes. The Greeks were convinced that the cosmic order was dictated by numbers. But it was the rationalists in the 17th century who actually discovered and instrumentalized mathematics as the language in which God has written the book of nature. It is this revolution that led to incredible scientific and technological progress in every possible field. Since then, science can be defined as a revealling of cosmos or order. This is especially true for our time in which more than 500 astronauts saw our planet from the “cosmos” and in which the exploration of our solar system and the “rest” of the universe with probes and satellites is in full swing. After the discovery of cosmos by the ancient Greeks and the mathematical groundwork of rationalism, the 21st century will be shaped by a new deepening (or “cosmologisation”) of the concept of cosmos.

The Cosma Hypothesis, the latest book by Frank White—known as the “father” of the Overview Effect—can be understood against this historical background. It is a book that, like The Overview Effect from 1987, appears just on time. Comparable with publications such as Bacon's Novum Organum (1620) and Descartes’ Discours de la Méthode (1643), which provided the impetuous progress in science and technology with context, direction, and a program, it is White's ambition to bring order to the many developments in the field of space travel and astronomy, their impact on the self-image of humanity, and the future perspective of humankind.

Seen in this way, The Cosma Hypothesis may turn out to be a milestone in the emergence of cosmological understanding. What may, in the next generations, be seen as a “new normal,” in our days starts as a daring presumption. The eventual statement that the book itself is not only the product of an author but also the expression of our cosmological human situation on its way to self-understanding, is not so much an exageration as a crucial aspect of the journey to which the book invites the reader.

The Cosma Hypothesis is a logical follow-up to The Overview Effect, which describes the impact of seeing our home planet from the outside on the basis of testimonies from astronauts and cosmonauts. This mostly involves looking downwards from an orbit around the Earth (and for a happy few from the Moon). In the many conversations that White had with space travelers, however, there were also comments about what it is like to see the Earth against the background of billions of stars. Where seeing the Earth from space often leads to a sense of the unity of the planet and an alliance with that home port, seeing the Earth in space often leads to a sense of unity and connection with the entire universe.

White introduces the name Cosma in analogy with Gaia, the name that James Lovelock gave to our living planet with his 1979 book, to express Terra as an integral lively entity. Cosma stands for the position of the cosmos as one living entity (or even organism) “growing” towards increasing self-awareness. Cosma (that is also ourselves) in a cosmological pluralis majestatis, so to speak. At the moment the cosmos sees itself through our eyes, it becomes Cosma. As its parents and children we are part of a self-fullfilling cosmological prophecy. A modern-day Spinoza would feel the temptation to formulate a space philosophy of growing freedom, based on the formula “the more Cosma, the more liberty.”

It cannot be otherwise, as the radical Cosma Hypothesis, which White illustrates from many angles, raises many philosophical questions (and opens many new philosophical panoramas, of which I just gave a small taste). For example, the hypothesis would imply that evolution is (in the last cosmological analysis) not blind, as Darwin stated. Indeed, White claims that, with an increasing level of contelligence of Cosma, there could emerge a “survival of the nicest” rather than a “survival of the fittest;” the overview experience is seen as a turning point ending Darwinian blindness and opening the perspective of the emergence of purposefullness.

Another point: White speculates on the idea that the complexity of the human brain resembles that of the cosmos as such. This “argument on the basis of similarity” is also open to discussion.

And then there is the inevitable theme of Artificial Intelligence. Imagine that in 2040 we indeed achieve  the “Singularity” and computers stride beyond the human being in intelligence. Is it reasonable to deduce that intelligent beings on other planets will also make the leap to Singularity within a certain time window? As a result, the self-awareness of Cosma would increasingly be supported by super-AIs. What would be the ethical consequences? Does a Cosma-AI by definition focus on the pursuit of good? If so: what would that good be?

Interesting in this context is White's call to ask yourself as a person what you can give to the universe (instead of the reverse—think of Kennedy). This can not only be considered in terms of sustainability (ecological conscious living, restricting space waste, etc.) but also in terms of understanding and undergoing the beauty of the cosmos. Just as we might feel the desire to give ourselves to an “awesome” other person, cosmologically speaking we might want to give ourselves to Cosma. It is somehow reminiscent of the mystical dictum that beauty can be experienced as a wink of God’s eye. Seen in this way, the existence and undergoing of the Overview Effect in its various scales and systems can be seen as a wink of a higher order—that invites us for a true homecoming.

Reflecting on this, the overview experience can be seen as a regulative principle (à la the philosopher Immanuel Kant) for a good relationship with our planet, fellow humans, plants and animals, and with the universe as a whole. The overview experience as an experiential guideline for the Cosma Hypothesis, and as an emotional, cognitive, aesthetic, and spiritual anchor, point to the possibility of a good order. It is an order that can come into existence because people choose it and invest in it, inspired by “overview awe.” I think that a philosophical ethics of Overview and Cosma (one of the tasks of a Human Space Program, see below) can be developed allong such lines.

In summary, the Cosma Hypothesis confronts us with the question of the meaning of the exploration of space for the self-image and the possibilities of humanity and cosmos. Through humanity, cosmos itself becomes more cosmos (= order).

Whoever reads The Cosma Hypothesis in this way is touched by a sense of hope. For a long time we were told that science should be value-free. By looking and thinking cosma-hypothetically, crucial values come back and science, astronomy, and space travel suddenly also, at least implicitly, deal with values such as humanity, freedom, solidarity, sustainability, responsibility, love, and happiness. The Cosma Hypothesis is thus also the hypothesis of the possibility of a happy cosmos— whatever that may be; in this early phase maybe “not more” than an invitation to explore its eventual content and possibility.

Newton stated that he did not fantasize about hypotheses: his famous saying was “hypotheses non fingo.” White’s book convincingy demonstrates that we have the opportunity and human and cosmological duty—on the basis of our overview experiences (which, deo volente, will become more and more democratized and accessible to more people)—to make the hopeful dream of a convergence of human and cosmic order come true in a sound reality. These years are the time to take decisive steps in this direction.

It is exactly for this purpose that White presents a Human Space Program with 20 tasks. In these building blocks, he argues for clear theoretical foundations as well as powerfull practical steps. Through a planetary social contract, for example, or educating children in the awareness that we inhabit a spaceship, learning from examining mistakes from our colonial heritage on Earth, realizing an international mission to Mars, preparing us for contact with other intelligences, and through other crucial points, he outlines a Human Space Program that deserves to be embraced by governments worldwide. And this could be discussed by the United Nations as a Manifesto to make the best of space exploration, based on the question “What can and should humankind contribute to our cosmic habitat?”

Our generation is living in an adventurous and not to be underestimated period of time in which a fundamental elaboration of the significance of overview awareness and space travel for the future of our civilizations is needed and is still possible in a relatively pure, honest, and uncorrupted way. That’s one of the reasons why this book is necessary, important, and sometimes breathtaking. That White now and then takes his speculations to very far limits is part of the game.

White shared in an attempt to nominate the International Space Station (ISS) for the Nobel Peace Prize. This is brilliant and can still succeed—also as a message in a bottle for future Earthlings and Terranauts. The international cooperation in the ISS is a splendid example “in nuce” of what a Human Space Program can mean for peace, prosperity, and progress. For humanity and for Cosma, it would be a wonderful, essential, and hopeful step if more and more people recognize themselves as children of that Hypothesis, which, thanks to ourselves, can become less and less hypothetical.