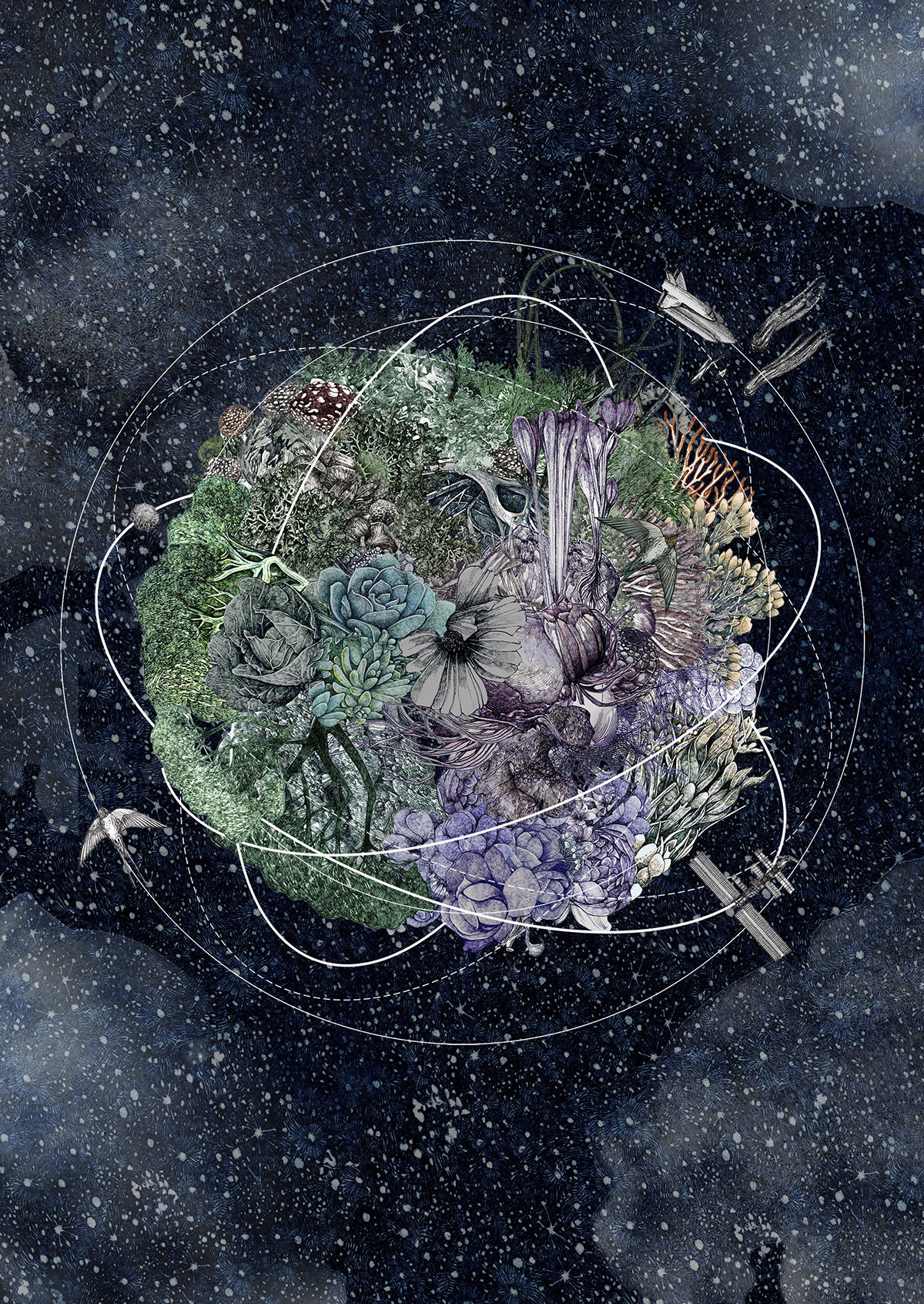 Rachel Carson, the mother of the environmental movement, dreaded the dawning space age. “It was pleasant to believe,” she wrote in 1958 after the USSR launched Sputnik, “that much of Nature was forever beyond the tampering reach of man.”

Rachel Carson, the mother of the environmental movement, dreaded the dawning space age. “It was pleasant to believe,” she wrote in 1958 after the USSR launched Sputnik, “that much of Nature was forever beyond the tampering reach of man.” Once, she had believed the oceans too large and ancient to be wrecked by industrial civilisation. Now she feared for the space age: “Man seems actually likely to take into his hands – ill-prepared as he is psychologically – many of the functions of ‘God’.”

Yet, a decade later – after Carson’s death at 56 from cancer – an American astronaut snapped a colour photograph of the Earth rising from the grey rock of the moon, an image that electrified the environmental movement. It captured Carson’s vision of our planetary home as beautiful, precious, and interconnected. Within two years of the 1968 ‘Earthrise’ image, Greenpeace and Friends of the Earth were founded, and 20 million people took to the streets for Earth Day. “We came all this way to explore the moon,” Bill Anders, the astronaut who took the shot, said, “and … we discovered the Earth.”

The new view of the Earth nourished environmentalists in other ways too. James Lovelock, a British scientist at NASA, saw the “exquisite beauty” of the images from space, and they had, he said, a “spiritual effect”. Together with American biologist Lynn Margulis, he proposed the Gaia theory in the 1970s. This saw life as a living, self-perpetuating, planet-moulding organism. Lovelock’s vision – also known as Earth System Science – has helped us understand the ecological and climate crisis. “When I first saw Gaia in my mind,” Lovelock later wrote, “I felt as an astronaut must have done as he stood on the moon, gazing back at our home, the Earth.”

There’s a name for the profound spiritual and ecological awakening of seeing the Earth in space: the overview effect. It was coined by Frank White in a 1987 book of the same name. White spoke to me for Resurgence & Ecologist from his home in Boston, Massachusetts. A genial, silver-haired man, backed by a shelf loaded with space books, he told me about tracking down retired astronauts for his book. Many of them described being mesmerised by the colour and luminosity of the Earth, and a feeling of awe and interconnection. “There is no way you can be prepared for the emotional impact,” one astronaut, Don Lind, told him. “It brought tears to my eyes.”

For White, the overview effect is a catalyst for a necessary cognitive shift, away from what Charles Eisenstein calls the ‘story of separation’ (seeing mind separate from the body, people separate from each other, and society separate from Nature) and towards a ‘story of interbeing’. “The overview effect is the truth of who we are and where we are in the cosmos,” White told me. “Indigenous peoples seem to have an understanding of this oneness and unity, but it has escaped western culture until now.”

Few people listened at first, but now the idea has grown into a movement, thanks in part to a stunning 20-minute documentary from the Planetary Collective called Overview – viewed 8 million times online. White also puts the renewed interest down to today’s global problems. “You go outside on a clear day and there’ll be blue sky and it’s like it goes on forever,” astronaut Jeff Hoffman says in the film, “and yet you see it from space and it’s this thin line that is just barely hugging the surface of the planet.” This is the paper-thin atmosphere that we all rely on and have been pumping full of greenhouse gases.

All this is more urgent with the space race back on. Now the superpower rivalry is between China, which last year planted its flag on the moon, and the US, which plans to return there with people, including the first woman, in 2024. It’s also between the two wealthiest men on the planet: Tesla’s Elon Musk and Amazon’s Jeff Bezos, who are duking it out with rival rockets and visions for turning sci-fi dreams into reality. Bill McKibben recently praised Bill Gates for “his membership in the select club of ultra-billionaires not actively attempting to flee Earth”.

White would like to see the space and environmental movements come together, but they seem poles apart. We have to face up to living on a finite planet, say environmentalists, and create a regenerative, circular economy. Just think of all that rocket fuel! Space enthusiasts, meanwhile, dream of manufactured worlds in orbit or on Mars and easing pressure on Earth by mining space rocks.

A recent Netflix hit, the Korean sci-fi film Space Sweepers, follows a group of oddball space junk collectors in the year 2092 and brilliantly satirises the theme of the evil-billionaire-fleeing-Earth-with-a-chosen-few. Andrew Simms, co-author of the original Green New Deal, has summed it up poignantly: “As we tremble with anticipation at the prospect of finding a single microbe on another planet, under our feet we’re wilfully executing a mass extinction event.”

I have always been awestruck by the night sky, but even more so in recent years by how much we owe to the Earth and the rest of life. I hope as humans travel into the deathly vacuum of space again, bringing with them oxygen, water, food, mutual support, we will come to value more the life all around us and rewire society to protect it. As philosopher Mary Midgley put it: all human ideals and achievements would “vanish like a dream” without the living Earth. Or, as Joni Mitchell sang, “you don’t know what you’ve got till it’s gone.”

“I haven’t spoken to any astronauts who say we just need to abandon the sinking ship,” White told me. “This is the only planet that we know is perfectly suited to us.” Human migration into space, he thinks, is inevitable. His plan, through a project called the Human Space Program, is to develop a new sustainable and inclusive philosophy of space exploration.

Carson agreed that any exploration should be done with a new heart. “As man approaches … the space-age universe,” she wrote, “he must do so with humility rather than arrogance … And along with humility I think there is still a place for wonder.”

For more information: www.frankwhiteauthor.com This article will be the focus of the Resurgence Readers' Group on 20th July 2021. To join the discussion, reserve your free place here.

Nat Dyer is a freelance writer based in London. @natjdyer www.earthriseblog.org